Black Garden Ants (Lasius niger) are widespread and largely harmless, though they can be a nuisance if they enter homes. The Common House Ant, Common Black Ant, and Tramp Ant are all names for the formicine ant species known as the Black Garden Ant. It belongs to the subgenus Lasius, which is found in areas of South America, Southeast Asia, and Australia in addition to Europe.

Black or dark brown, wingless, and 4-6 mm long these are the characteristics of black garden ant workers. They are frequently found in large numbers, either near their soil nests or trailing one another through paved areas, over walls, and inside buildings. The larger, mid-brown, and darker queen can only be seen if the nest is dug out (up to 15 mm long). Occasionally, swarms of flying ants, which are thought to be fertile males and females, can be seen.

Black garden ants primarily nest on dry soil and humus. Although they can be found in dry grasslands and heaths, their nests are most frequently found in gardens (in flower beds, lawns, and under paving stones). They travel great distances in search of food from their nests, following scent-marked trails through ground cover and soil, but most notably across concrete surfaces and into homes, where they are attracted to sugar and food waste.

They feed on a variety of things outside of human habitation, including small live insects, dead insects, nectar, seeds, and so on. Additionally, they eat the sugary excretions of aphids, certain caterpillars, and other insects that feed on sap. They frequently take care of these creatures to protect the food source from predators. Ants that have found food, particularly sweet foods, can transmit this to other ants, and if the source of food is in a kitchen, a significant number of ants will build a path to the food. Despite their unpleasant appearance, black ants do not carry diseases.

Worker ants can be seen foraging on the ground and inside houses from March to October. From July to September, the winged adults fly on particular afternoons, which are triggered by warm, humid weather and can occur simultaneously across large parts of the country.

During their two or three-hour flight, the fertile flying ants mate, but many of them are eaten by birds. The males die after the mating flight, but the surviving mated females remove their wings and build individual chambers in ideal nest sites in the soil. The new queen lays a few eggs and raises the larvae to adult; these adults are her first workers. Subsequent broods of workers that emerge in early spring will care for the queen, rear the larvae, protect the pupal cocoons (the familiar cream-colored so-called “ants eggs,”), and seek food for the queen and as well the colony for the remainder of the queen’s life.

The queen produces special eggs in the early summer that develop into fertile-winged males and females rather than the typical sterile workers. These fertile adults fly to mate later in the summer, and the successful females establish new colonies.

Ants are our garden partners that frequently go unnoticed for all they do behind the scenes to ensure the success of a healthy garden. It may surprise you how much they contribute to the functionality of our environments and landscapes. Here are just a few of the advantages of having black garden ants in your garden. Ants are drawn to the attractive nectar on the buds and roots of many flowers. You may have noticed ants all over the buds of peony plants. While the ants are feeding on the plant’s sweet nectar, they are also defending the plant from dangerous insects that could harm it.

They typically target herbivores and seed-seeking insects, causing them to drop off plants, disrupt their feeding and egg-laying, and therefore decrease the pest population.

Some ant species are predatory, seeking out and consuming garden pests including aphids, fly larvae, and fleas. Black garden ants, like garden-friendly ladybugs, perform the same function but do not have the same reputation for garden-friendliness.

It is important to keep black garden ant numbers under control and to take all steps necessary to eliminate them from your property. Contact a specialist as soon as you notice a large number of them or suspect they are nesting indoors.

According to the disease triangle when these three elements coincide, plant disease will occur. Eliminating just one of them will keep your plant healthy. There are two types of plant diseases: non-infectious and infectious. In non -infective plant diseases there is no pathogen involvement. No, transmit. These diseases are caused by abiotic factors like nutrient…

Cutworm is a general term referring to the larval stage/caterpillars of many different moths who live in the soil and tend to feed at the base of plant stems. What does a cutworm look like: Cutworms have a similar appearance. When completely grown, they are smooth with little hairs and roughly two inches long. When… Leaf miners are small insects that feed between the surface of the leaf. There are several different kinds of leaf miners occurring in four major orders of insects. It’s a little, light-colored moth that’s less than a quarter-inch long. The forewings of Leaf minor are silvery and white iridescent, with brown and white patterns. Each… 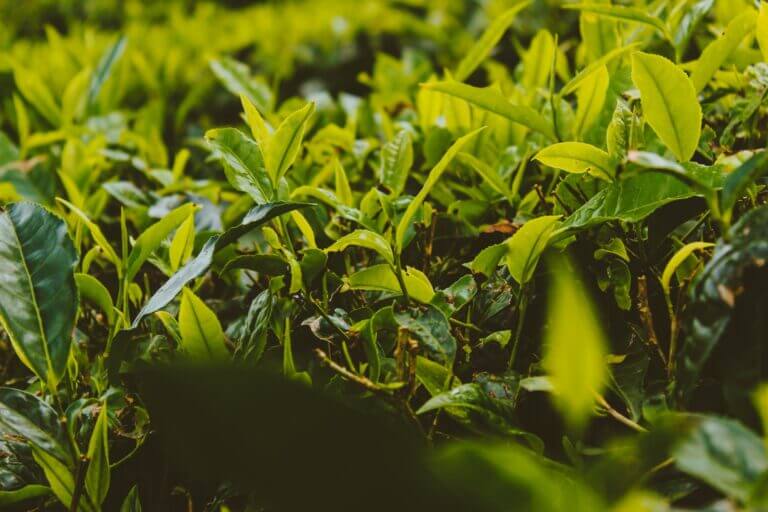 What is a tea plantation? A land of tea cultivation is maintained at the commercial level. Pest Management Program in Tea Plantation Managing pests in tea plantation involve safe and environmentally sound use of pesticides to control crop pests when and where needed, as well as integrated pest management (IPM) strategies that avoid total reliance… Cucurbits are herbaceous annuals or perennials with a storage root and mostly moist vines. These plants grow either prostrate along the ground or climb using tendrils. Plants rarely grow as trees, shrubs, or bushes. The tendrils can grow branched or simple and generated at the petiole base. There are usually four arched filaments coiling with…